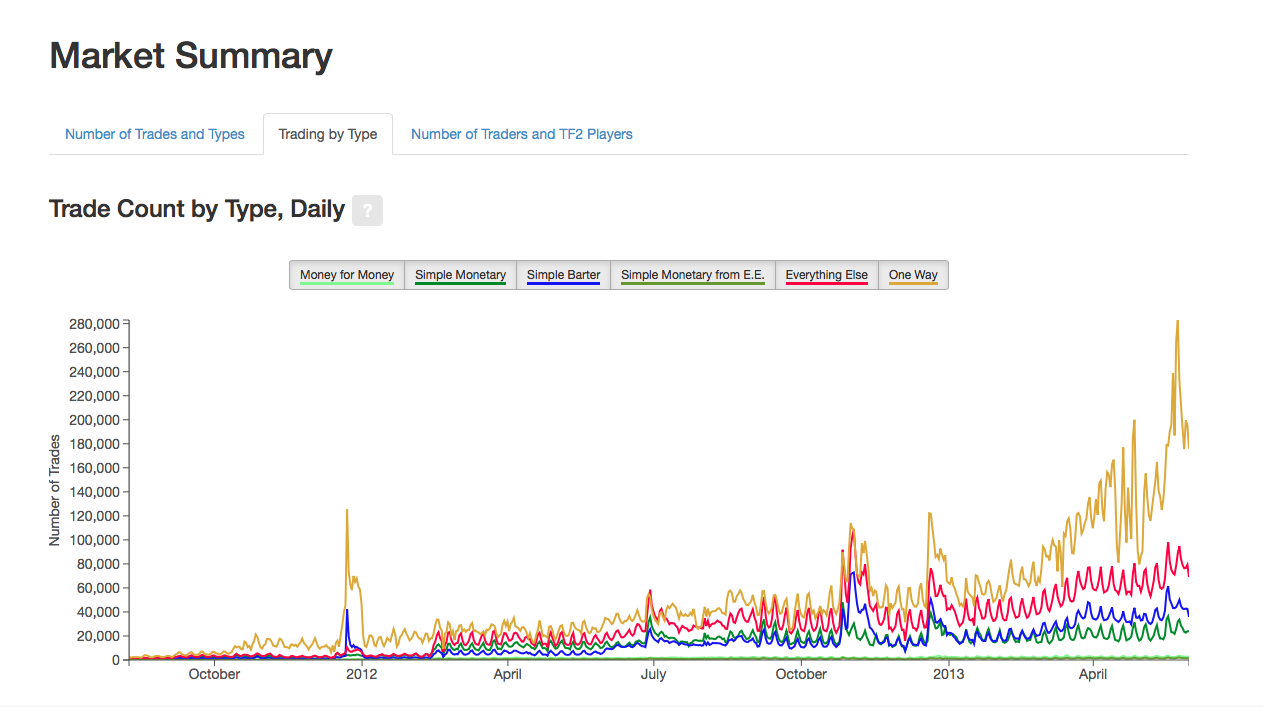 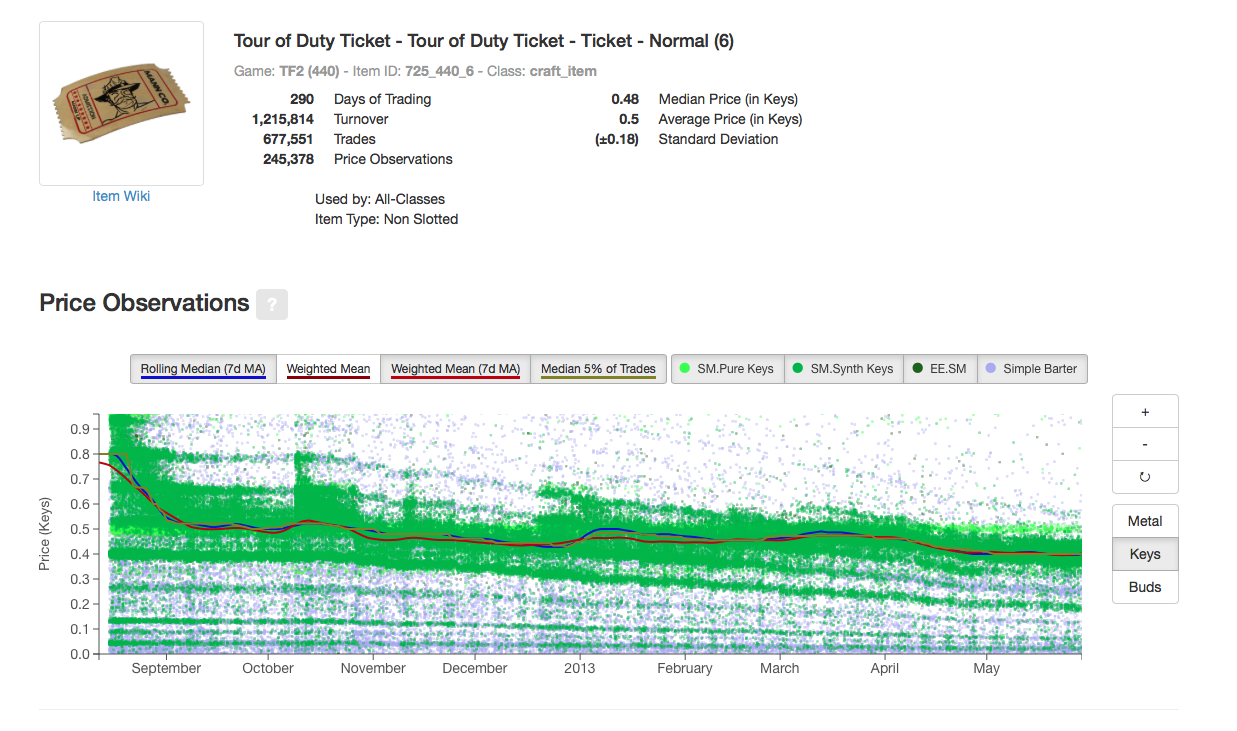 You can use DatApp here.

DatApp is a web app for exploring Steam Economy data. I helped create it when I was part of the LEEPS Lab. All of the fancy data analysis and hard thinking was done by smart people, all I worked on was the web app.

The server side component is built with Django backed by a MySQL database. The charts and layout of the site rely heavily on Bootstrap and d3. The front-end also makes half-assed usage of Angular.js, which was tacked on later in development (it seemed like a good idea at the time).